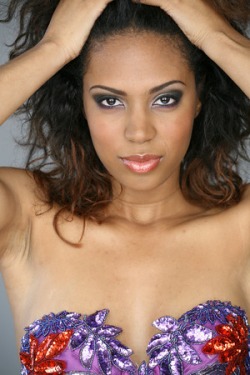 Her father, Ronnie Marlon Phillips was producer and owner of the Dangerous Records label; he is more famous for working out peace negotiations in Los Angeles during high times of Gang violence in the 1990s between major gang members from the Bloods and the Crips. He and his business partner/creator worked tirelessly, urging the gang members to put down their weapons to redirect their anger and frustration through music; an effort that eventually produced a first album called BANGIN ON WAX. When her father passed away November 2003, was urged to continue her Father's company. However, all were heartbroken from his sudden death and without him, Shoshana and her Father's business partner/creator of the company were unable to pick up the pieces and go on to release Ronnie's last work which would have been the third and final album. She still holds him near and dear to heart as her and her father had a special bond and shared the same birthday April 16, and were even born at the same exact time, 3:29pm.

Her aunt, Freda Payne, was catapulted to fame when her song, Band of Gold, hit number one; the song is still requested when Ms. Payne performs. Freda Payne recently, at the request of Quincy Jones, joined the group of singers to rerecord “We are the World” to benefit Haiti. Her stepfather, Marvin Marshall, was a musical director at Motown Records for artists such as Diana Ross and The Supremes, the Temptations, and many others. Her Godfather, Walter Gaines, was a part of another Motown group, The Originals, who had the hit record “Baby I’m for Real”.

Growing up in such a musical family, it is no surprise that Shoshana has wanted to carry on her family business. She started singing when she was 2 years old. She sang “Stop In The Name Of Love”, in her first musicals play. Shoshana attended California State University of Los Angeles musical performing arts program another well known Performing Arts school where she studied theatre arts, drama, and dance.

Shoshana continued her singing and dancing studies, recording and performing locally for various artists’ debut albums. A few producers, from independent labels and Universal Music, suggested that she pursue a solo career. In 2000 one of the producers offered her a singing spot with a background choir at the 2000 Democratic Convention. Since the Democrat party lost the bid for the Presidency that year, the rest is history.

Shoshana changed her name to Shoshana Payne Phillips-Radlein when she became engaged to her fiancé, Charles Eugene Radlein, executive chef and owner of a catering company, Spicy Charlie's Inc. Shoshana is now performing with her mother and her Aunt in Hollywood. She and my mother Scherrie Payne opened a vocal studio in Los Angeles bringing in other musical talent & industry instructors to teach vocals, piano, guitar, sight reading and sight singing lessons. Her Aunt Freda Payne teaches vocals as well. Shoshana has received her Bachelor Degree in Business Management/ Administration, her first Masters Degree is in Public Administration from California State University of Northridge and her second Masters Degree is in MAT-TESOL, The Art of Teaching English to Speakers of Other Languages from the University of Southern California (USC). Shoshana continues to grow in order to enhance her music and educational background.
﻿﻿﻿﻿